Fat biking on Minnesota’s North Shore has become a popular winter sport for biking enthusiasts. Fat biking makes a great workout and offers a significant calorie burn. Additionally, it’s a good activity to battle seasonal depression! Your mental well-being will benefit from exercise and spending some quiet time in nature.

How are fat bikes different from other bikes?

Manufacturers designed fat bikes to ride through snowy trails, downhill, and numerous varieties of terrain. Experienced riders typically deflate the tires to a far lower pressure point than usual to better absorb varying levels of snow hardness and overcome obstacles because of the path. Explicitly created for snow travel, a rider can pedal across the softest powder without sinking. 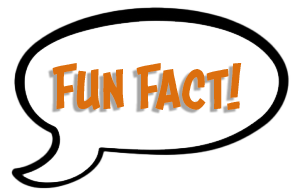 In 2005, Surly, a company based in Minnesota (which maintains roughly 2,000 miles of groomed Nordic ski trails), released the first mass-produced fat bike – the Pugsley. Since 2012, the sport has seen impressive growth. Many winter recreation states have adopted the activity, creating fat-bike-specific trails, such as here in northern Minnesota!

Where to Fat-Bike Along Minnesota’s North Shore

Lake County‘s Demonstration Forest makes a fantastic place for novice (as well as experienced) fat-bikers featuring 5.3 miles of trails to explore, including three machine-groomed trails and one ungroomed trail.

Check out Split Rock Lighthouse State Park for winding trails that reveal scenic views of Lake Superior and the snow-covered forest. The north shore state park maintains 8.2 miles of groomed trails for fat bikers and snowshoers. Keep in mind all tracks are ranked intermediate and begin at the Trail Center.

Where NOT to Ride

Groomed snowmobile and ski trails may look alluring as if you’re scouting areas to ride your fat bike, but these trails are not open to other uses due to safety concerns. Also, users pay for their grooming costs.

Per the Minnesota DNR, fat biking is not allowed on:

Don’t worry if you can’t haul or have the proper equipment! You can rent a fat bike at the following locations in Lake County:

Visit Lake County this winter to enjoy endless outdoor activities and the unbeatable north shore scenery. Please share your photos with us on Facebook and Instagram using #lovinlakecounty!