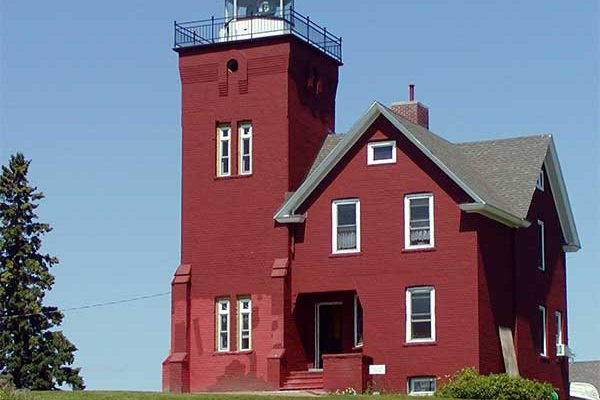 Three of the Light Station’s buildings are open for visitors to tour; The Light Tower, which has been restored and fitted with exhibits, houses the rotating light; the Assistant Keeper’s building which has been restored to the late 1800s era and has exhibits on Lake Superior shipwrecks and a kiosk with historical information on the area; and the Frontenac Pilot House featuring an exhibit chronicling the industrial development of Agate Bay.